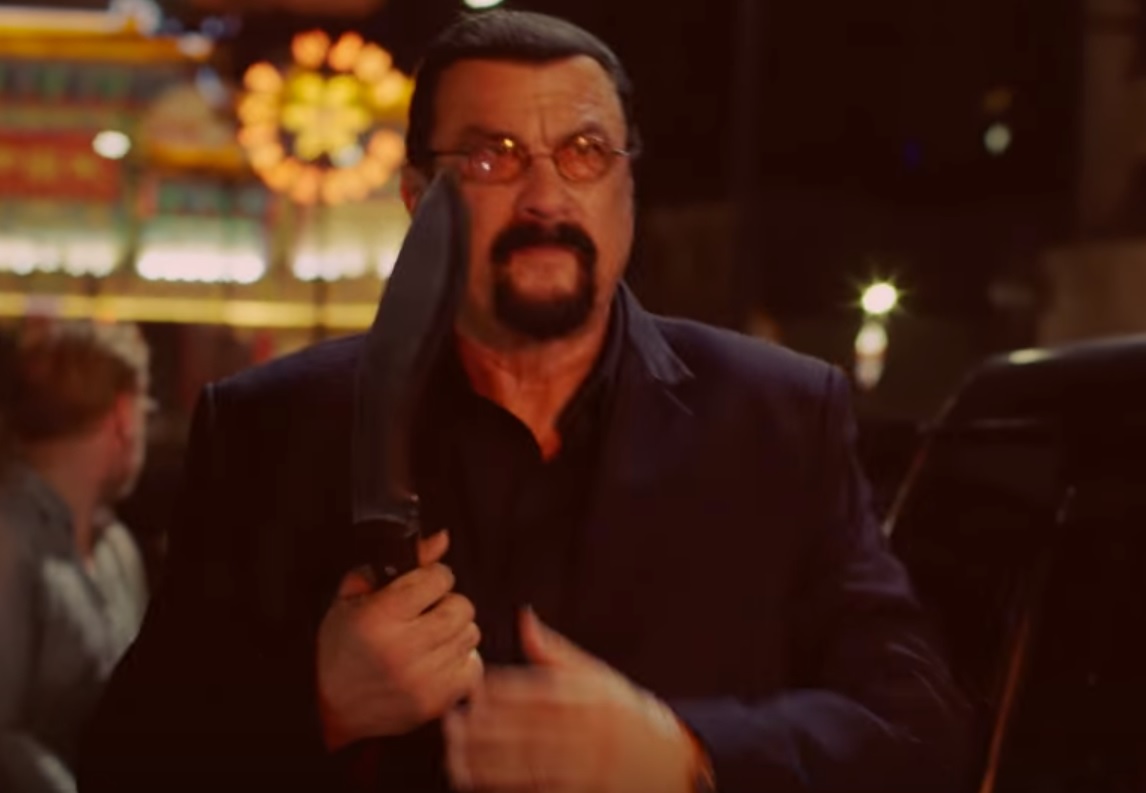 In Phnom Penh, Cambodia, Gino Orsetti has been running a cruel honeypot operation. He’s been using a well-endowed young woman to pretend to be a prostitute at a local nightclub. After finding a man eager to pay, the woman takes him to a hotel nearby. Once in the hotel, the man is drugged after taking a spiked drink. The woman then texts Orsetti’s crew to come and perform the organ removal procedure.

Jake’s team is focused on disrupting this scheme. They send one of their top operatives, Zach Stevens, undercover as a John. Unfortunately, the plan goes awry and Zach is killed by Orsetti’s goons. After this botched operation, Jake’s strike team is disbanded and re-assigned by the CIA Bangkok Station Chief.

Despite the use numerous location shots and drone footage (Malta, Cambodia, Philippines, Bangkok) and well-lit digital cinematography from Ross W. Clarkson, French action director, Philip Martinez’s General Commander comes across like a failed television pilot. The use of a fake-looking CGI helicopter and CGI bullets doesn’t help either.

Seagal’s screen time, as usual is pretty sparse, so we are left with a bunch of anonymous actors in meaningless filler. To his credit however, Seagal does have a couple of fight scenes, one of which is unnecessarily sped-up.

A significant portion of the film’s short run time (80 minutes) deals with the CIA team feeling depressed over a teammates’ death. It’s not interesting to watch and we are left wondering what happened to all the action promised in the trailer. There are also multiple scenes where the strike team is interviewed and asked repeatedly, ‘Where is Jake Alexander?’ Clearly, he’s not in this movie.

Not recommended for digital rental or purchase. For hard-core Steven Seagal fans only.

Related ItemsAll
← Previous Story REVIEW: Once Upon A Time In Hollywood (2019)
Next Story → Review: “Angel Has Fallen”