REVIEW: Running With The Devil (2019) | ManlyMovie 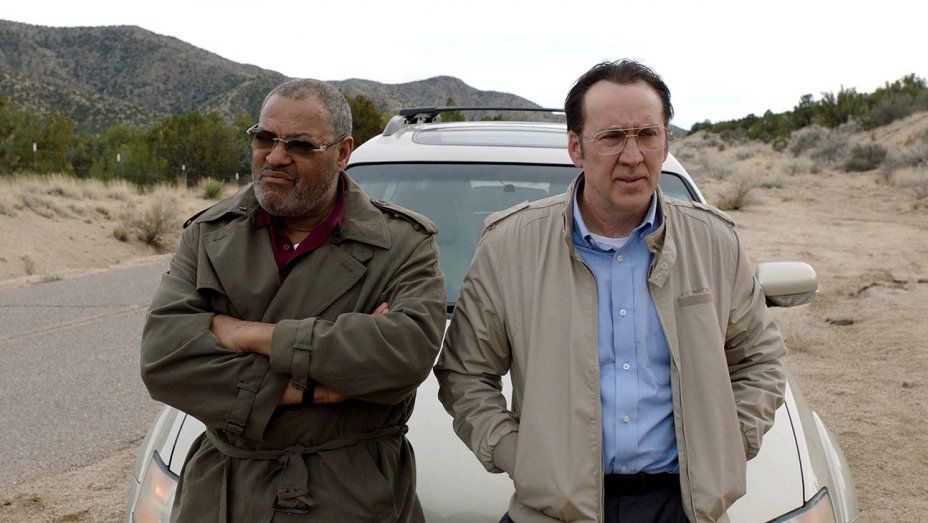 When amateur writers, directors and editors get together and try to film a sharp-witted ‘cool’ crime movie in the spirit of Guy Ritchie/Quentin Tarantino’s early efforts, what happens is that the project is sent to the VODmit division at the concept stage, while former 1990’s A-listers who are free to shoot for eight days are found.  Don’t worry, the Z-listers carrying the movie will be patient. We could easily watch Laurence Fishburne appear in an advert selling lawn chairs, such is the man’s charisma.  Equally Nicolas Cage, such is the fun in the man’s trolling habits.  But these types of movies are quickly becoming tiring even as jokes – is the juice worth the squeeze for these films now?

The film tracks cocaine trafficked into the United States by drug lord Barry Pepper (‘The Boss’, AKA ‘that sniper guy from Saving Private Ryan’).  His subordinates include Nicolas Cage and Laurence Fishburne.  Cage is dispatched to Colombia in order to ensure that a new source of cocaine makes it into the United States securely.  This movement takes 45 minutes to happen by the way, with half the movie gone, under extraordinarily crappy pacing with an editor who has no business stitching reels together.

The movie is overpopulated and underwritten, with serial C-listers like Cole Hauser running us from pillar to post.  30 minutes feel like four hours, with the run time heading on to an interminable 100 minutes.  Too many characters appear on screen, offering remarkably scant contributions to the threadbare ‘story’.  The movie instead seems intent on ripping off the visual style of Narcos and the witty, sharp cut of Breaking Bad, but only managing to look dull and blow out without humor.

Near the start, when characters are introduced with the college-graduate ‘technique’ of freezing the frame and introducing the name of the character (oddly, other characters of similar importance don’t get this) using cheap fonts found on Google (‘The Expendables’ font), I knew it was going to be a long drag.  Fishburne is always cool to see, but is wasted.  Is Cage trolling at least?  Sometimes, sometimes not.

There is zero reason then to watch this movie.