Sunglasses have been around in some form or another since at least the 12th century (of course, it was the Chinese again who first used them).  But only last century, especially towards the middle, did they start to become popular.  I submit that Clint Eastwood was one of the chief progenitors of turning shades into a fashion item, through Dirty Harry.

Harry Callaghan is (not was) cooler than fuck.  There are multiple things that Eastwood did first with that character, or at least, heavily popularize.  And his shades were always manly, so let’s look at them by each movie. 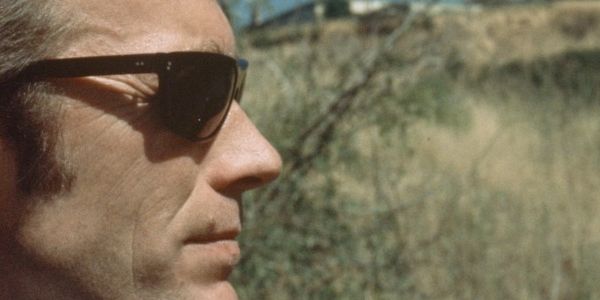 In the original movie, Callahan is wearing a pair of Ray-Ban RB4089 Baloramas.  And it goes without saying these are nice shades, even now they look good.

Originally appearing in 1967, they are described by Ray-Ban as an ‘ icon of forerunners’ style. Cozy and elegant, this is a model of sunglasses especially loved by unique personalities and still remains hip today.

Eastwood kept his Baloramas in Magnum Force, the best Dirty Harry movie.  Again, they’re subtle and suave, but leave an impression.  Not like, for example, those stupid circular ‘spectacle’ sunglasses John Lennon used to wear back then.  You see, this would be a reason Eastwood was cooler.  Eastwood didn’t ‘try’, nothing about him did. 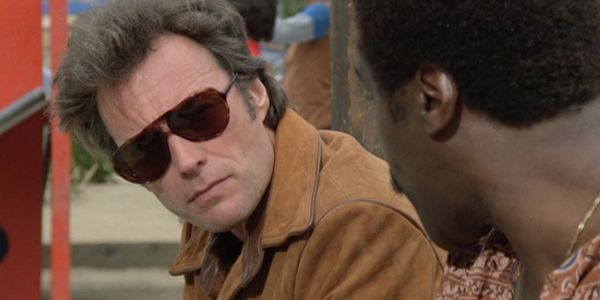 These are probably the weaker shades from the series, in what is probably also the weakest movie from the series.  These sunglasses are once again Ray-Bans, B&L Style ‘A’ aviators with G15 lenses .  If you’re looking for these particular shades, you’re probably going to have to go hunting on eBay.  While not as expensive as the Baloramas, you should still be prepared to head north of $100, especially depending on condition.

Still, they are cool sunglasses, made even cooler still because Clint Eastwood is wearing them. 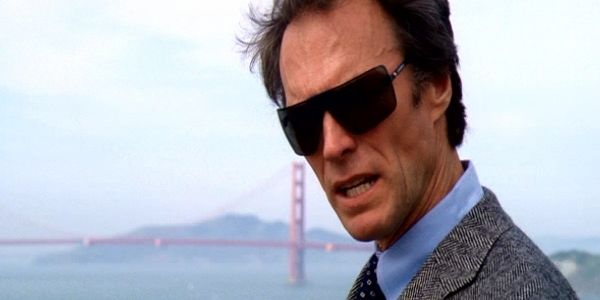 Now we move onto what I would personally call my favorite Dirty Harry sunglasses.  With a touch of 1980s, Eastwood dons a pair of Gargoyles ANSI Classics.  These incorporate a more swept and wrapping style, with a cool rimless feature.  But of course even though they originated in the 1980s, they’re again timeless.

Going after these shades will be cheaper than the above glasses, probably around $50-$80 right now. 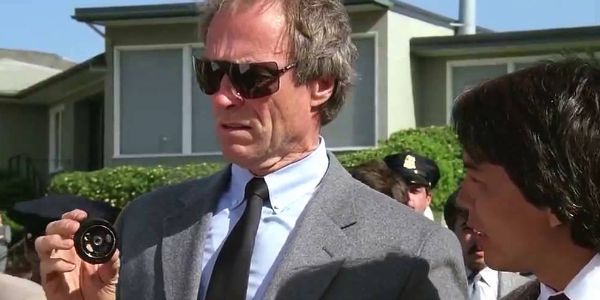 The Dead Pool saw Callahan wear the same pair of sunglasses for the second time in a second movie. They are once again Gargoyles ANSI Classics, and they look cooler than shit.  So cool, that Gargoyles brought the shades back into production, as seen on TheTerminatorFans.

Of course, there’s a reason for mentioning that.  Arnold Schwarzenegger also wore them in The Terminator, where his T-800 donned the ANSI Classics to conceal the fact that it was shot in the eye, with the half eyeball laying in a sink. 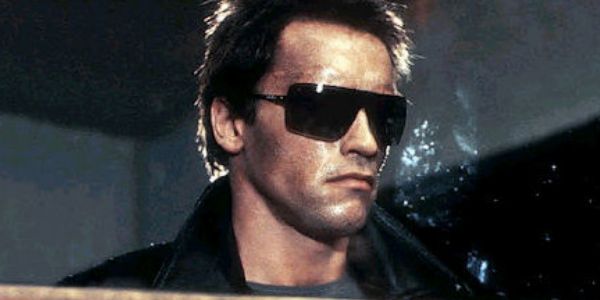