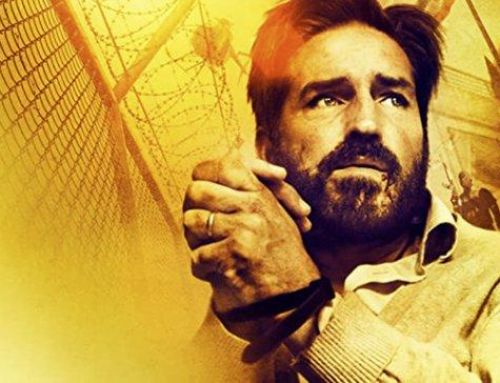 Run Time: 108 minutes
Rated: R
What to Expect: ‘The Passion of the Christ’ star Jim Caviezel acts in this tense hostage/prison film.

Cyrus Nowrasteh (The Young Messiah, The Stoning of Soraya M.) reunites with actor Jim Caviezel to direct the satisfactory hostage drama, Infidel. This film is about a man who comes under extreme political persecution by a country’s unjust legal system.

Doug Rawlins (Jim Caviezel) is a prominent Christian blogger invited to speak at a multi-faith gathering at the University of Cairo. After he states what he believes is right, he is kidnapped from his hotel in Egypt and taken to Lebanon. Hostage taker Ramzi (Hal Ozsan) has a foul mouth and accuses Doug of spying since Doug’s wife Liz (Claudia Karvan) works for the US State Department.

After Doug’s abduction, Liz pleads with the State Department to intervene, but the government denies her request. They place her on a leave of absence from work instead.

While in captivity, Doug attempts to escape. Still, he ends up caught and sent to an Iranian jail for political prisoners. In Iran, Doug goes to trial for alleged spying activities. In this ‘Kangaroo Court,’ he is deemed guilty even before he enters the courtroom.

The Iranian authorities fabricate evidence and bring in false witnesses, such as an ex-colleague, to accuse him of espionage. At the trial’s conclusion, Doug receives a death sentence, to be carried out by a firing squad. Doug’s hope now rests in a long-shot rescue operation.

Infidel, while interesting enough, does not get attention-grabbing till the end, during the thrilling prison break sequence. Also, Jim Caviezel gives a bland and disinterested performance that fails to make an emotional impact. His performance contrasts with Steve McQueen in Papillion (1973), where you felt greater empathy for the character’s struggle.

I appreciated the director’s ambitious agenda, and he succeeds in conveying the effects of political oppression. Nevertheless, with a more robust lead performance, Infidel would have been more compelling.

Overall, this film is recommended for digital rental or purchase. Fans of films like Escape from Alcatraz (1979) or Charles Bronson’s Breakout (1975) will find it watchable enough.