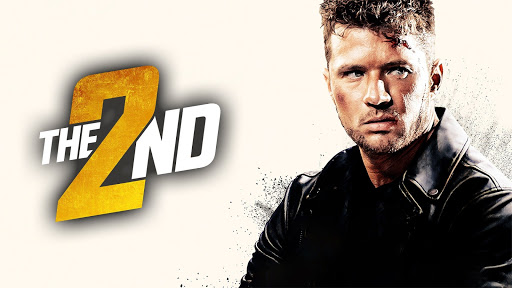 Brian Skiba directs the dirt-cheap action film, The 2nd (2020). The 2nd refers to the Second Amendment in the United States Constitution, describing an individual’s right to keep and bear arms. This film has sloppy stunts, low-quality cinematography, and computer-generated muzzle flashes. It seems more like a student film than a passable B-movie.

On the day before Christmas Break, students at MacArthur Hall Dorm at Johnson College in Los Angeles are packing for vacation. At closing time, the last two students yet to leave are Shawn Davis (Jack Griffo) and Erin Walton (Lexi Simonsen). Erin’s Father is a Supreme Court Justice. He is making a critical decision on a case involving the 2nd Amendment and whether Gun Control restrictions are constitutional. Arriving to pick up Shawn is Major Vic Davis (Ryan Phillippe), an ex-Green Beret and current Delta Force member.

When a Driver (Casper Van Dien) comes to pick up Erin, Vic is suspicious. He asks her if this person is her usual chauffeur. Erin then calls her Father, who confirms that the Secret Service did not send a new man. Soon things escalate from that point on, and Vic finds himself under assault from a trained team of mercenaries led by the Driver. Vic must protect his son and Erin from this dangerous group who want to kidnap her and eliminate anyone else in their way. By kidnapping Erin, these crooks aim to pressure her Father into making a certain decision on the 2nd Amendment case.

After playing Bob Lee Swagger in the USA Network series’ Shooter (2016-2018), Ryan Phillippe returns to another physical and action-heavy role as Vic Davis. Philippe rises above the mediocre cast and acquits himself well in scenes involving hand-to-hand combat and firearms.

The 2nd is a cheap, substandard effort that verges on parody. Ryan Phillippe should work with top action directors like Isaac Florentine (Undisputed 2) or Jesse V. Johnson (Avengement) if he wants to cement himself as a reliable action star in the video-on-demand market.

If you like this movie’s setting, I recommend checking out Toy Soldiers (1991), starring a young Sean Astin. It is a far better example of a ‘Die Hard in a College’ scenario.