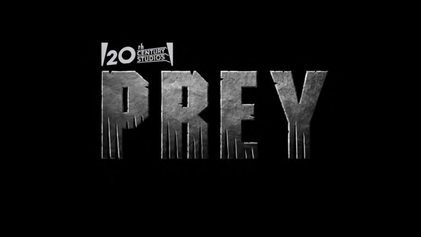 What to expect: An officially dead franchise.

Prey is a huge missed opportunity, set in 1719, this movie should’ve been a story about ‘Greyback’,
the elder Predator you can see at the end of Predator 2, only 300 years younger, discovering earth for
the first time. With a Mel Gibson’s Apocalypto visceral and gritty tone, and no political bullshit.
It would’ve changed the old formula with a Predator staying alive, and could develop a lot of new themes.  And get back the masterful Winston studio design which made the Predator popular.
Not in this shit timeline Marty! A few fans tried to tell that to the studio but no one joined them.
We got a woke sequel, a very bad one, the worst yet. They will tell you it’s not woke, she’s learning
throughout the movie, blah blah, nope.

This movie looks like PS4 videogame cutscenes with all the dodgy CGI animals, that animatronic panther in Apocalypto totally shits on them.  The picture is too clean and too bright, one thing Hopkins and McTiernan’s DOP got is that you don’t make long scenes with a predator in broad daylight,because you can tell that it’s a guy in rubber suit, besides Dane DiLiegro mannerism was really awkward,the only good moments were when the predator jumped from tree to tree ’cause no one was in the suit. Ian Whyte tried in AVP-R, but here he moves very slowly, and does illogical things. At one point he gets his arm severed, and just looks at it, clueless like he was a fucking retard. Thought about City hunter’s stare when Harrigan was about to slice its arm.

The Predator design is the worst to date, it’s like they mixed Scar from AVP with the super duper Predator in Predators, no nettings, the new weapons are uninspired or complete ripoffS, like that shield you can see in Predator Redemption.

Midthunder, who plays the same sour faced character in every movie, is a Comanche who wants to fuck traditions and hunt, she fails because of bad luck or because of the stupid macho men, but once she’s all by herself she became like John Wick,magically. She can brutalise a muscular Comanche grown up in hand to hand combat or kill a group of trappers, speaking broken French with a Canadian accent. They look like dirty bums, are very evil and very nasty, these white men are so evil they want to eat her dog. You wonder why they didn’t rape her when she was in their cage. I guess with Disney the violence is selective,maybe that’s why you can’t find one skinned body in this flick.Soft R rating with cgi blood, and that other issue, there is no real impact in this movie, it’s like no one felt pain. Not visceral. The Comanches speaks English which prevents any possibility for the movie to be immersive.As the score composed by a female (because quota) which is forgettable and dull. Hire someone for his talent not because the new rule says we need more women in the movie industry.

Naru big showdown against the predator was a pathetic mixing of plot armor, teal CGI blood, and super powers, the Predator gets snuffed out by his own weapon, this retard forgot how his own weapons works hahaha!! I guess it’s because he was a male. Naru takes blows that could’ve practically killed Dutch.
Then she wins and does her Comanche war cry, which felt un-epic and comical.

A woke movie with another shitty Pred, after 32 years of bad Pred movies, what could be worse ? Well two things :

Raphael Adolini the owner of the elder’s flintlock pistol is there with the frenchmen, at one
point one calls him “sale Raphael” which is grammatically wrong but means that he is not liked
by the group. He speaks with her a little and later when he looses a foot, behaves like a weakling and asks
for medicine in exchange for his pistol. So even if the comic book Predator 1718 is not canon, it was so great you have to respect it. Adolini the warrior became a crawling weakling and got killed.

The other problem is that almost everyone is praising this movie, which means sequels based on wokism and wrong Pred design will happen. Maybe it’s because all these movies sucked after Predator 2, The Predator was such a lame parody that people will love anything which is just about a predator hunting and getting trophies no matter how wrong and woke it is. You can bet on the Pred female in the next one.

Special thanks to AVPgalaxy user ‘Some Old Dude’ who must be very butthurt because he was still pissed at his Imdb spanking 15 years later.