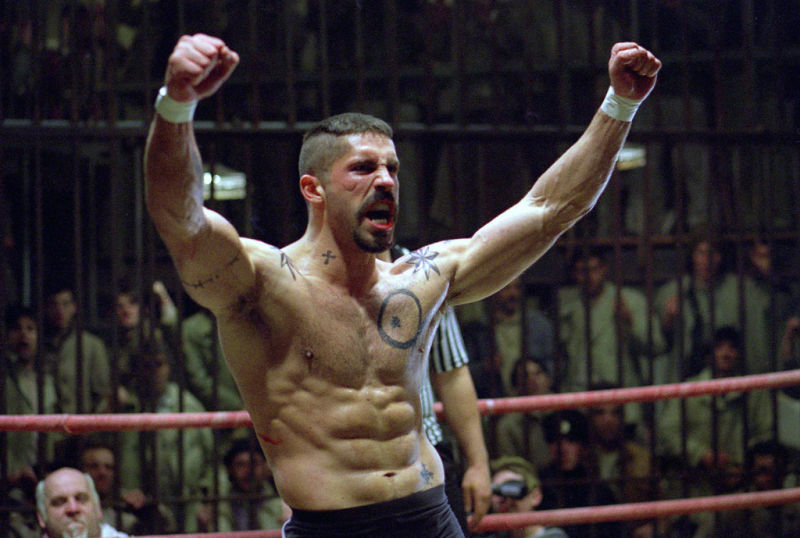 We’ve been wondering for a while what the deal is with Undisputed 4, such as whether or not it’ll actually still happen.  Thankfully Scott Adkins has told TheActionElite that the movie is indeed still a reality.

“The script is almost finalized and we are just doing a few final tweaks. If all goes well we should be getting the green light soon and Boyka will be back in action!”

I’m interested in who the potential opponent for Adkins might be, how about Monroe (Wesley Snipes) making a return?  Either way Boyka: Undisputed 4 is one to keep an eye out for.