McQuarrie Returns For Another ‘Mission’ – ManlyMovie

McQuarrie Returns For Another ‘Mission’ 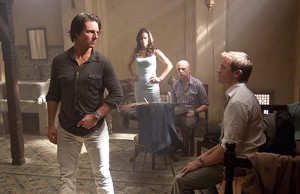 If it ain’t broke, don’t fix it.  Maybe that is the best course of action here as Christopher McQuarrie and Tom Cruise kind of have this ‘Mission’ thing in good working order.  According to MovieHole, the director and Cruise will return once more.

‘Christopher McQuarrie, director of “Mission : Impossible – Rogue Nation”, is reportedly being courted to direct the next movie in the Tom Cruise-starring series. Skydance and Paramount are so happy with the job the “Valkyrie” helmer did on the 2015 hit, they want him back for another. Another “Rogue Nation” alum, actress Rebecca Ferguson, will also be back for the new film.’