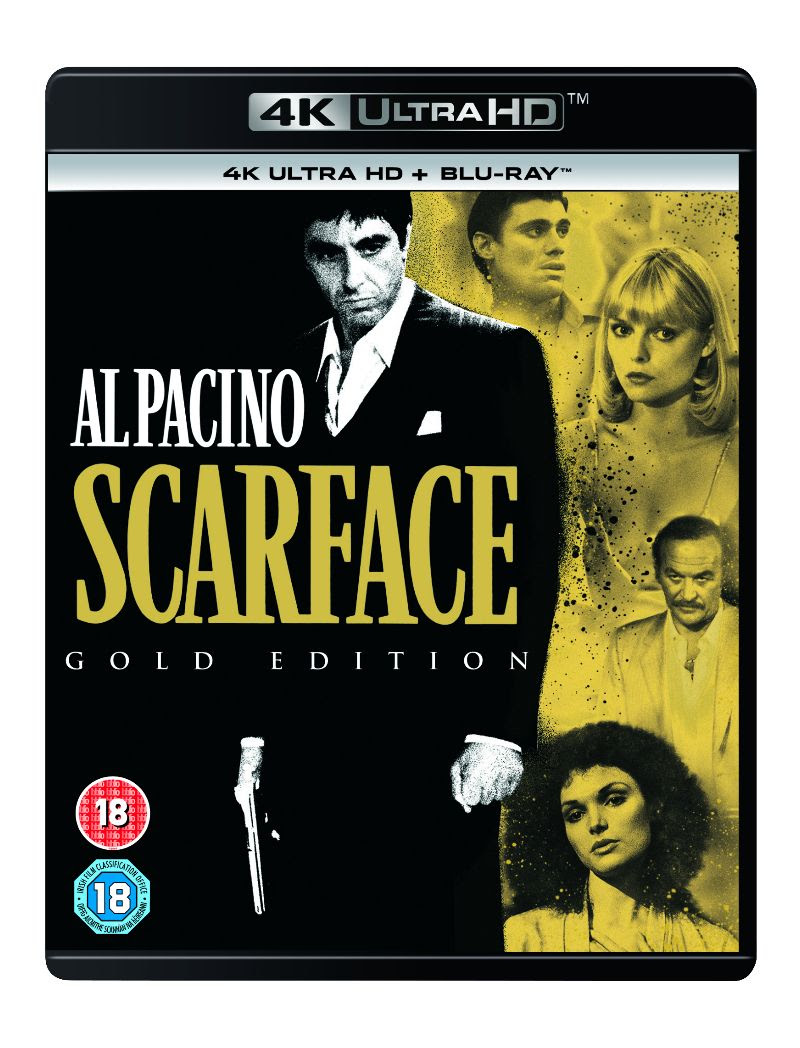 Here is the artwork for Scarface: Gold Edition.

It’ll be released on 21st October 2019. The physical releases include a brand-new bonus feature, the Scarface: 35th Anniversary Reunion featuring Al Pacino and Michelle Pfeiffer to celebrate the film’s iconic legacy as one of the greatest crime sagas of all time