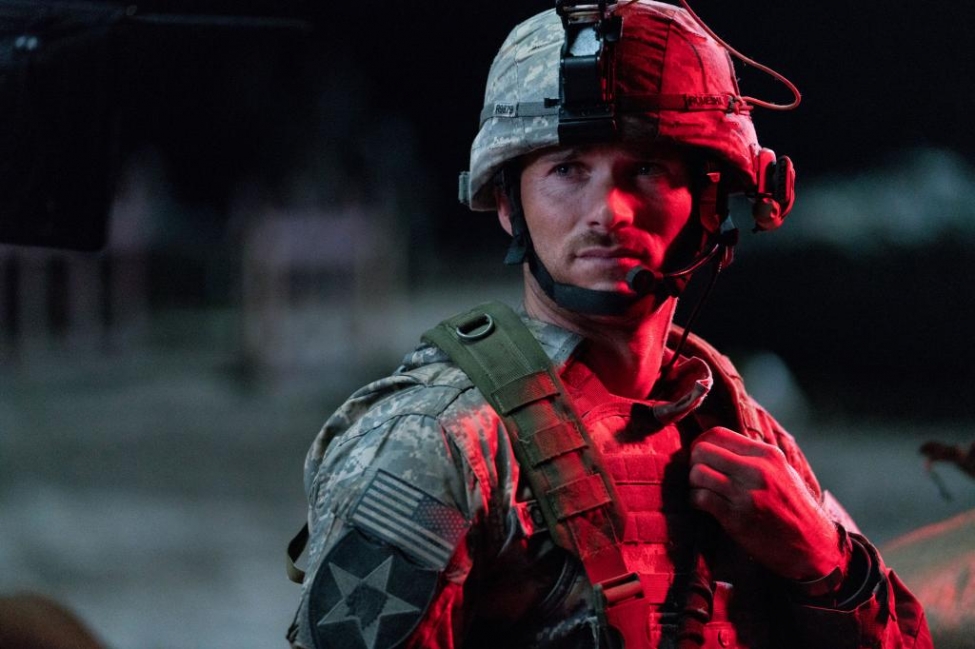 There are comparatively few War in Afghanistan movies.  The war is unpopular and interminable and I suspect that it’ll be a while before it’s wrapped before Hollywood starts ‘exploring’ it, like the flood of Vietnam movies that emerged after the dust has settled.  This mostly under the radar War in Afghanistan movie comes in as a sleeper then, as Rod Lurie’s The Outpost has set the bar for 20’s war movies — a lean, masculine dump of cold water over the head.

The film tells the true story of the Battle of Kamdesh, an intense engagement where 80 U.S. servicemen faced a sustained attack by over 300 Taliban fighters, but not before months of probing and harassment attacks.  Worse, the servicemen were placed at the foot of a horseshoe of almost vertical mountainous encirclement.  With no air support, the movie takes us through the troops’ worrying musical chair situation of dying or relieved commanders, before one alpha male assumes command and staves off certain atrocities.

The cast features Orlando Bloom (unimpressive, bad accent) and ‘second gen’ actors bearing famous names.  There is a young (Milo) Gibson here, and a young (Scott) Eastwood.  Eastwood in particular is the star of the show.  It can’t be overstated how scarily similar Eastwood is to a young Clint here — both in terms of looks and inflection, at times it’s like a de-aged CGI showpiece.  This is Eastwood’s best film to date, plus his role in the big finale is totally convincing.  I really want to see more of him, ’cause he carries his father’s charisma and to me there is no question of this, he’s a leading man.

This is a lean war film.  There is no time for shitty romantic subplots, Eastwood even snarls at the beginning that you might as well forget even talking about women, since the chances of getting wasted are high, that hopes should not be basted.  The movie turns the heat up slowly on the viewer, with tension realistically built with superb direction through suffocating viewing angles and increasingly violent action scenes.  People get killed when you expect them to live, people chicken out when you expect them to charge.  Realism is good in a film like this.

The acting seals the deal across the board too, minus Bloom, who isn’t in it too long anyway.  Two hours?  Didn’t feel like it – the third act is a rollercoaster battle scene.  Excellent war movie, probably better than Lone Survivor.