DICK JONES GETTING OWN TV SERIES 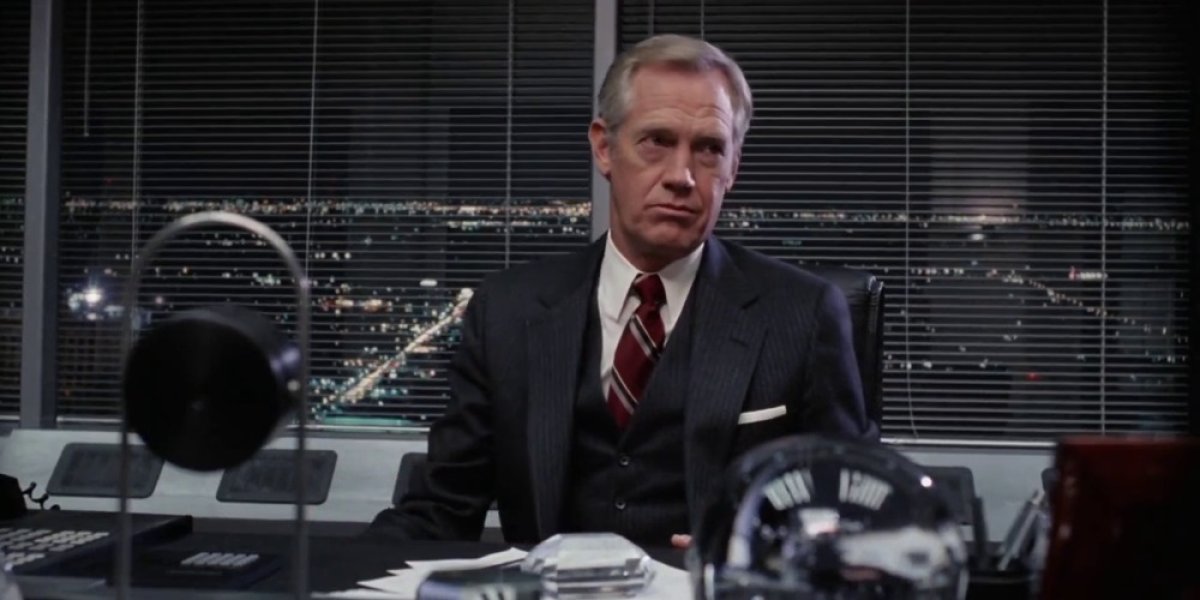 ‘We used to call The Old Man funny names.  Ironbutt, Boner.  Once… I even called him, asshole’.

Screenwriter Ed Neumeier would be remiss not to include the above insults in his upcoming RoboCop prequel TV series.  Yes really, and it’s going to focus entirely on Dick Jones.  He tells MovieHole:

“There’s the idea of doing things about business and law enforcement in the city of Detroit a minute-and-a-half in the future, it would be a way to do all sorts of stories about business and tech, Silicon Valley, corporations, snakes in suits, cops, all that. It’s a wonderful rich tapestry.

So we’ve been talking about it and I think we have an interesting story. It’s fun to work with a younger version of the Dick Jones we meet in RoboCop. He’s an actualized corporate predator [in the movie] but nobody necessarily starts out being the bad guy. So it’s going to be about the evolution of Richard Jones to Dick Jones, the story of OCP and how the world moves into the future, how the corporate world behaves.”

And no, this will not replace sequel RoboCop Returns, both are happening.  Of course, they’ll have to cast The Old Man too.  But is it a good idea?