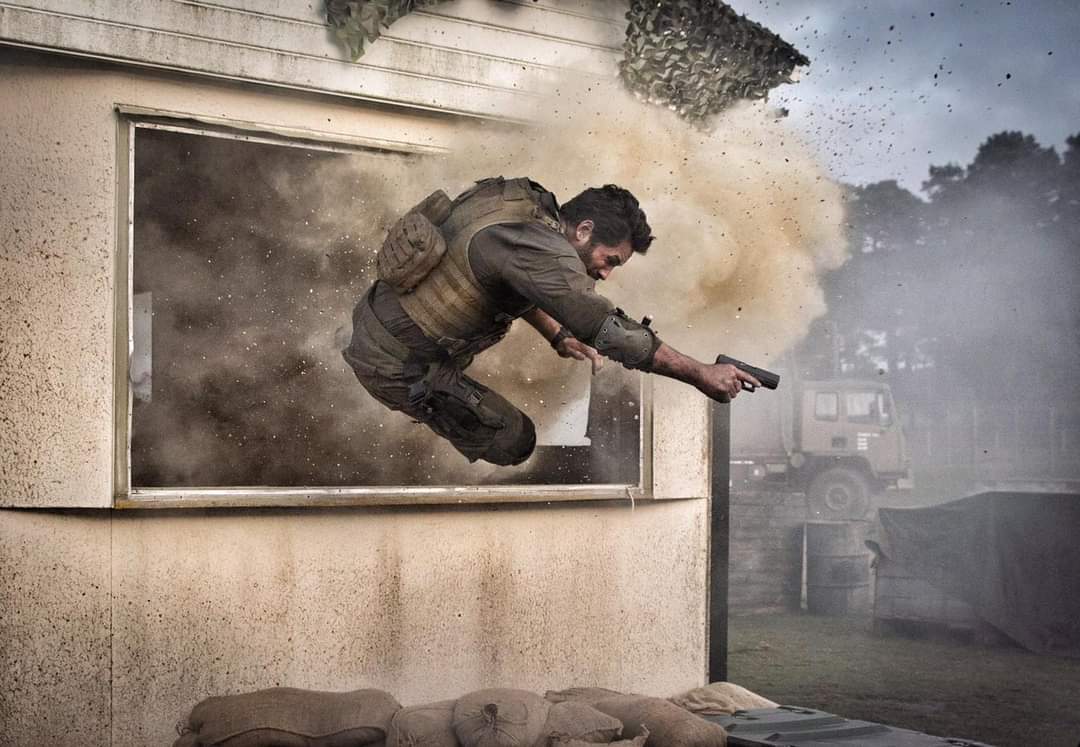 Run Time: 94 Minutes
Rated: R
What To Expect: About as good as a movie with this budget is going to get, ever

This movie was filmed in One Shot, the title being a nice play on the fact that there isn’t a single edit for the entire duration of this breathless actioner.  While not completely necessary, because director James Nunn could’ve probably have done just as good a job (or even better?) without it, it’s a nice feature for what is sure to be one of 2021’s more underrated films.  As a film it is fairly strong, as a very low budget VOD’er it is very strong.  Scott Adkins delivers again.

Set on a black site island, the story presents us with Jake Harris (Scott Adkins) and his troop of Navy SEALs escorting government stiff Zoe Anderson (Ashley Greene) onto the facility to transport a high value Jihadi prisoner back out.  While there, the compound comes under assault from European-based Islamic terrorists, looking to free prisoners and catch the target themselves.  Harris and his men must fend off human waves inside a building, as they run out of supplies fast.

The movie looks cheap, somewhat painfully so at the outset especially.  The locale is dreary and the budget is showing – a time when many might seriously consider abandoning the movie (per what happens to most VOD efforts).  However you must stick with this one, as it is a rare movie that gets better with every passing ten minutes, leading to a shootout finale that rivals anything from the John Wick franchise – a true accomplishment in choreography, pacing and stunt work, especially considering the coupons and dimes budget.

The single take element is a nice feature, but in honesty I stopped consciously noticing after a while but there is no doubt it adds to the relentless tension found in this movie, which is wise enough to dispense with silly notions of narrative grandeur, another area most VOD movies stumble.  The villain, French UFC veteran Amin Mansur is a monstrous screen presence as well.

I’d almost be tempted to give this film an 8/10, with its terrific gun work, sound effects and even impressive CGI helicopters.  But it’s still a simplistic B-movie, with at times too much enemy spamming.