Here is the poster for Samaritan, starring Sylvester Stallone. It’ll be a low-key superhero movie that is different from the usual Marvel bluster. 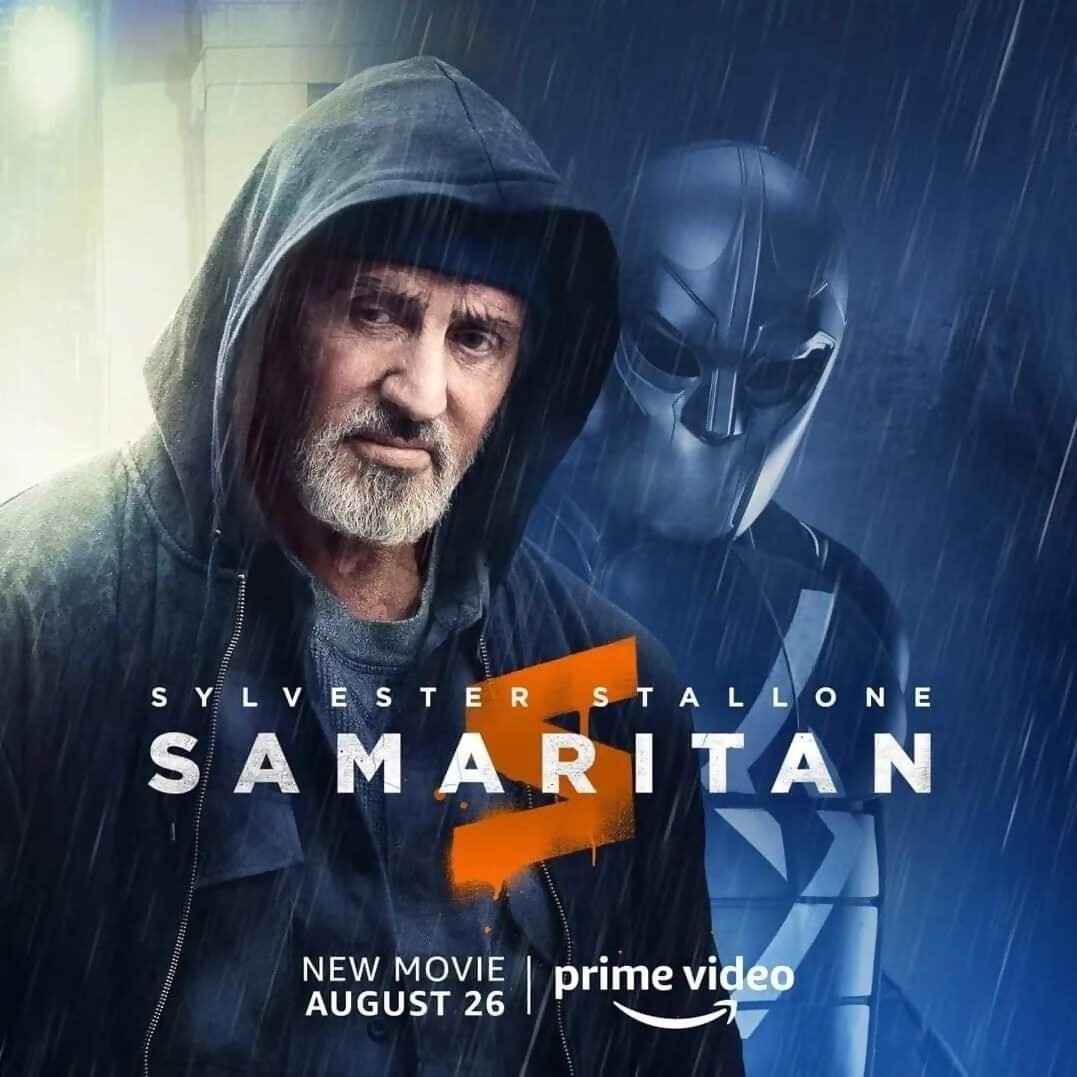 In the movie, a young boy comes to the realization that a famed superhero, who was thought to have gone missing after an epic battle twenty years ago, may in fact still be around. It has been directed by Julius Avery (Overlord) and is released August 26th.

Stallone’s voice role in The Suicide Squad notwithstanding, this’ll be Stallone’s first live action movie since Rambo: Last Blood in 2019.