Nick Nolte Had Plans For A Third ’48 Hrs’ Movie – ManlyMovie

Nick Nolte Had Plans For A Third ’48 Hrs’ Movie 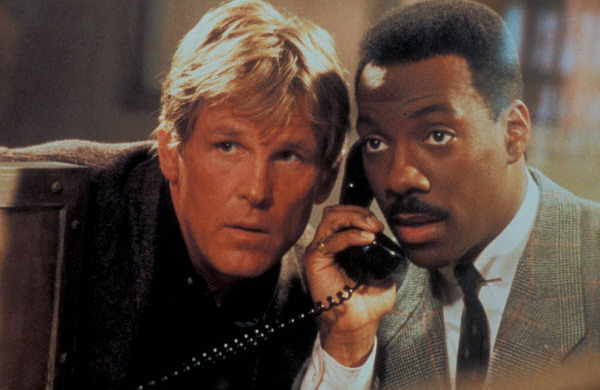 Anyone else pissed that we never got a third ‘48 Hrs‘ movie?  Most fans of manly movies are, especially after the treatment Another 48 Hrs (1990) got, where 50 minutes were cut off the final movie.  Actor Brion James once said:  “I was the third lead.  It went from around 140 minutes to around 95 minutes.  I had ten scenes, they destroyed me.  They cut all the behavior, action, comedy… they turned chickenshit.”  The 48 Hrs series has always been tough, but if they were culling it in 1990, the chances of a third movie were slim in the 1990’s, considering how pussified that decade eventually got.

Nick Nolte, though, had other ideas.

“I had a story that I think would have really made that sequel work,” Nolte told CNN a while back.  “I wanted to be busted out after being thrown off the force, and Eddie [would] get out of prison, and he has got to figure out who has set me up.”  But the studio had seemingly lost its balls; “They wouldn’t go with my story, nobody was going to listen to me at the time.”  And that was all she wrote for a third ’48 Hrs’ movie.  And that’s odd, because despite being butchered, the second was still a great movie (review here with more on it being cut up), but more importantly scored $150 million off  a $38 million budget.

The only thing that figures… Nolte must be referring to the mid-90’s here, and we all know by then Hollywood really did begin to lose its balls… they turned chickenshit.