It’s been years since I’ve done one of these.  We’ve had Part I, then Part II: Seagal Edition.  Time for Part III: Stallone Edition.

STALLONE VS. RICHARD GERE: ROUND ONE 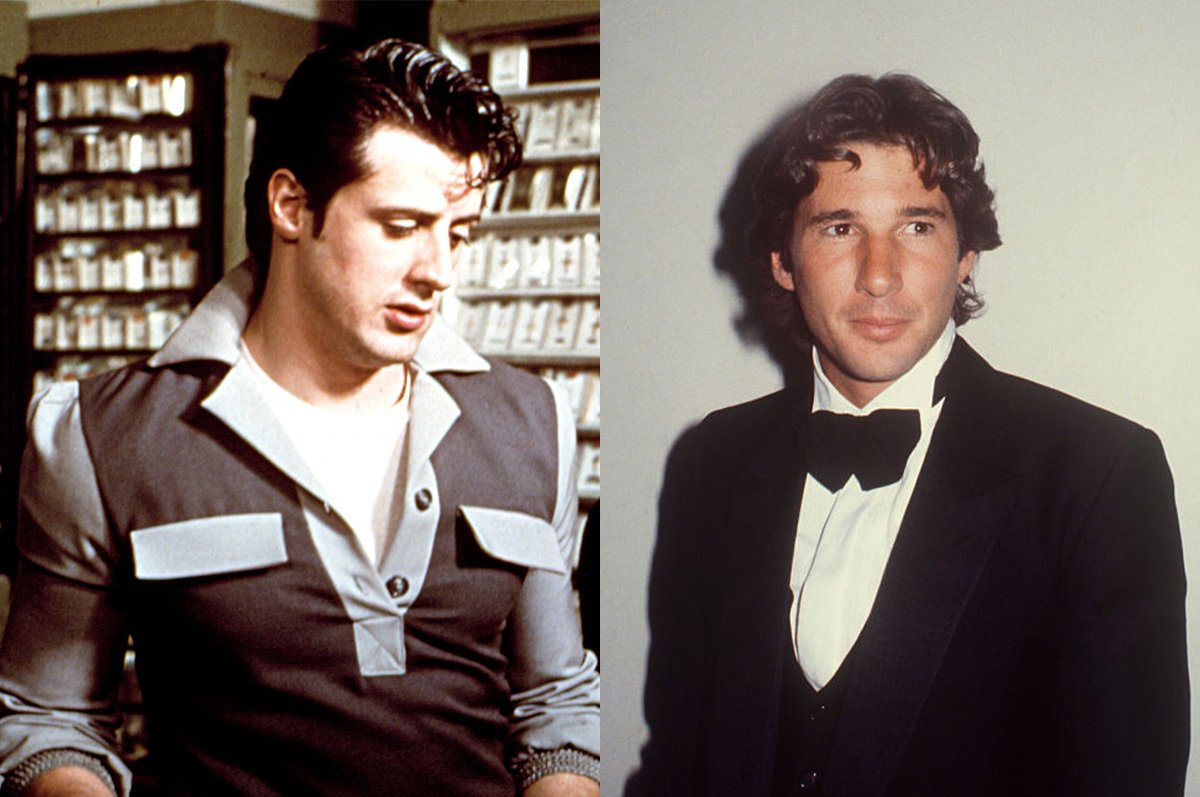 In The Lords of Flatbush, which starred Stallone, Richard Gere was also (sort of) in the movie.  But from the get-go and Gere’s first appearance on set, a decades-long feud would ignite.  Stallone revealed in 2006 that he took an “immediate dislike” to Gere as soon as he walked on set. “He would strut around in his oversized motorcycle jacket like he was the baddest knight at the round table,”

Things would escalate, as Stallone and Gere got into a tussle during an improvised fight scene, with Stallone not liking the war Gere grabbed him.

But it was when Gere brought greasy chicken into Stallone’s car that things turned violent.

He said: “We were rehearsing at Coney Island and it was lunchtime, so we decided to take a break, and the only place that was warm was in the backseat of a Toyota. I was eating a hot dog and he climbs in with a half a chicken covered in mustard with grease nearly dripping out of the aluminium wrapper.”

Stallone warned Gere: “That thing is going to drip all over the place … If it gets on my pants you’re gonna know about it.”

Sure enough, Gere bit into the sandwich, which ejected a torrent of greased shite onto Stallone’s pants.  Stallone then elbowed Gere in the side of the head and threw him from the automobile.  Gere was fired from the movie shortly afterwards.

STALLONE VS. MOTORIST: ROUND ONE 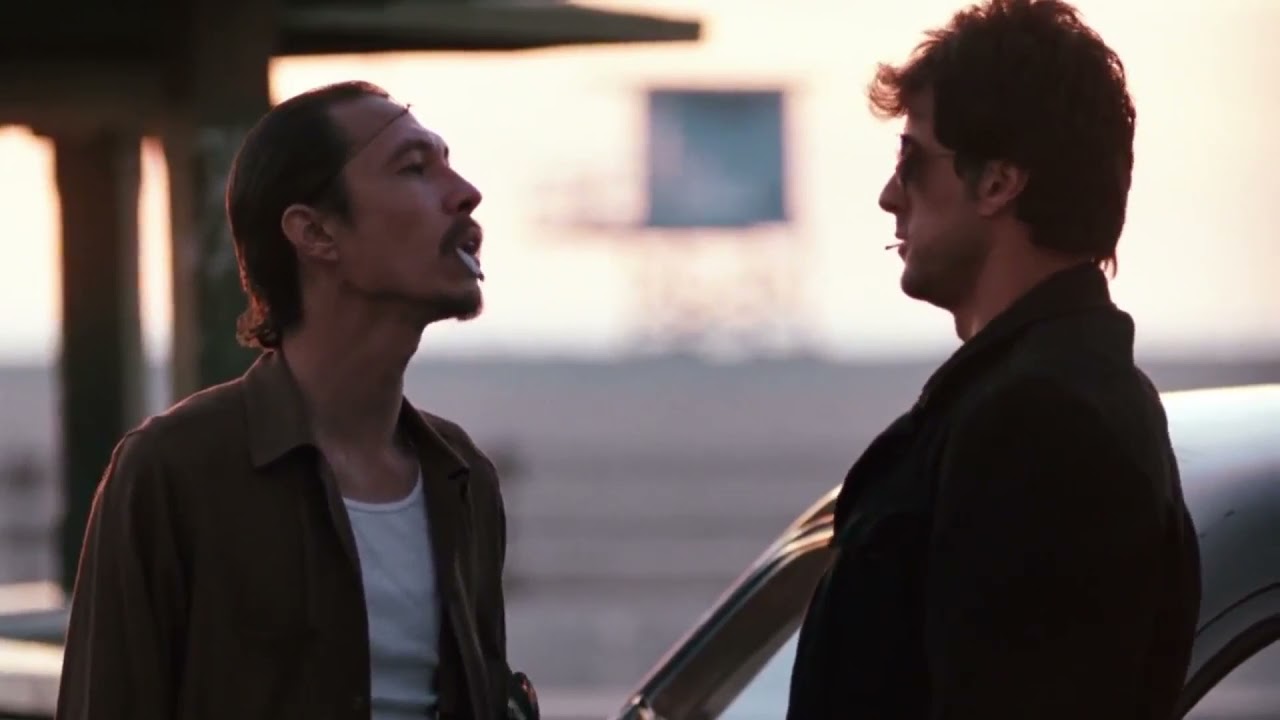 In the 1970’s, Stallone was sitting in his automobile at the traffic lights.  Suddenly his car lurched forward abruptly, as he’d realized he’d been rear-ended by another motorist. “I got out of the car and said “What are you high?” He said, “Fuck you.” I said “I could’ve had my kids in the car.” He said, “Fuck you and fuck your kids,”

Stallone then attacked the pissant.

“I proceeded to beat him like a dusty Navaho rug, from the middle of Sunset Blvd, through a restaurant called The Source, through the kitchen. Finally, I let him go in the parking lot near a dumpster.”

Hours later, the cops showed up and arrested Stallone.

STALLONE VS. RICHARD GERE: ROUND TWO 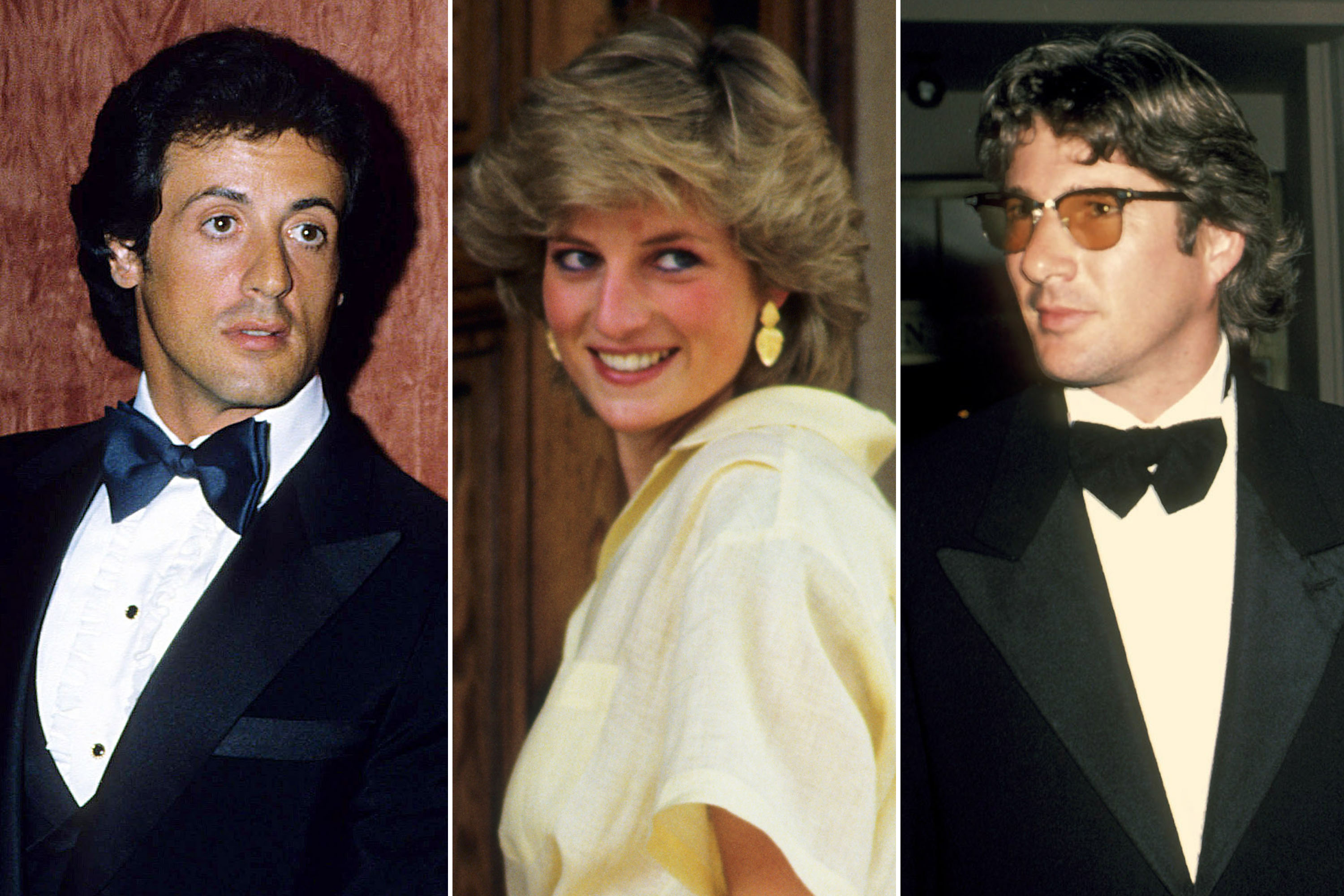 In the 1990’s, Sylvester Stallone had his eyes on a newly-single Princess Diana. At a dinner party at the time, with Stallone and Diana both attending, Stallone decided he was going to make a move. But he was loathe to realize that not only had some other man gotten to her table first, it was smug rival Richard Gere.

In a book written by Elton John, also in attendance, he noted: “I couldn’t help [but] notice a strange atmosphere in the room. Judging by the kind of looks he kept shooting them, Diana and Richard Gere’s newly blossoming friendship was not going down well with Sylvester Stallone at all.

“I think he may have turned up to the party with the express intention of picking Diana up, only to find his plans for the evening ruined.”

John noted that both men at one point had apparently disappeared from sight, then took a stroll to look for them.

He continued: “I’d discovered Sylvester Stallone and Richard Gere in the corridor, squaring up to each other, apparently about to settle their differences over Diana by having a fist-fight.”

He recalled Sylvester remarking: “I never would have come if I’d known Prince fuckin’ Charming was gonna be here.”

As he walked out of the door, he allegedly said: “If I’d wanted her, I would’ve taken her!”  That’s the spirit, Sly!  Clearly, Diana was using Gerbil-boy to test your mettle, get you mad etc… 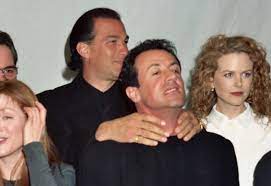 At one point Sensei Seagal deduced that the chi emanating from Sylvester Stallone, Arnold Schwarzenegger and other action stars was not conducive to the enlightened path that he was on.  Asked why he had not worked with such men, Chief Seagal would only comment that he would not ‘associate with that element’.

Seagal was then confronted by an agitated Sly Stallone during a later chance meeting.  Years ago, he told Shortlist Magazine: “Steven Seagal said that he, ‘Didn’t associate with that kind of element’ – meaning me. So I slammed him up against a wall.

“At that time, our testosterone was running full bore. He was full of his height [Steven is 6ft 3in, Sylvester is 5ft… something] and I was full of … Myself. But we made up. He can be very abstract.”

One can only postulate that Seagal did not use his deadly skills on his aggressor, on account of having a wiser head on his shoulders and decided to disarm the situation.

STALLONE VS. MOTORIST: ROUND TWO 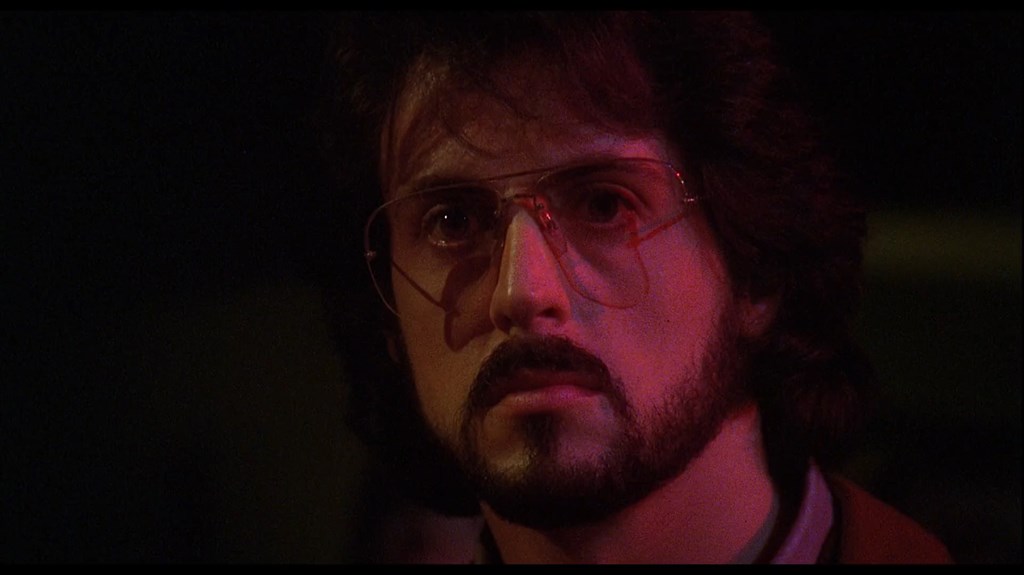 While filming Nighthawks, Stallone was accosted by what turned out to be a familiar face. “I was in New York doing a scene in NIGHTHAWKS and a fellow came up behind me and said, “Remember me?” I didn’t.”  It was the motorist Stallone beat to a bloody pulp some years prior, who then sued Stallone for $375,000.

Stallone was then about to beat up on him some more, before his bodyguards intervened.

“He said “C’mon, hit me again asshole, I could use the money.” Then I remembered who he was. This is where bodyguards came in handy, not to protect me, but to protect him. They pulled me out.“