UPDATED:  Check out the trailer for this one at the bottom.

The first look at a bloodied Nicolas Cage in Mandy has made its way on, exclusively at TheHollywoodReporter.com.

Now get a load of what’s probably going to be good about this movie.  It’s set in the 1980’s.  It’s going to be violent as fuck.  It has Nicolas Cage in it.  It has Bill Duke in it.  And it’s a revenge thriller.

In the film, set in 1983, Cage plays Red Miller, a broken and haunted man, who hunts the unhinged religious sect who slaughtered the love of his life. XYZ Films is handling world sales on the project, and will bring it to the Toronto International Film Festival this week.

Fucking sold!  To be honest, I don’t even care if this is a VOD movie.  Cage vs. Duke (probably…) in a violent revenge yarn set in 1983.  There’s no way it can fail, because Cage’s trolling is always the fail-safe.

One to look out for… 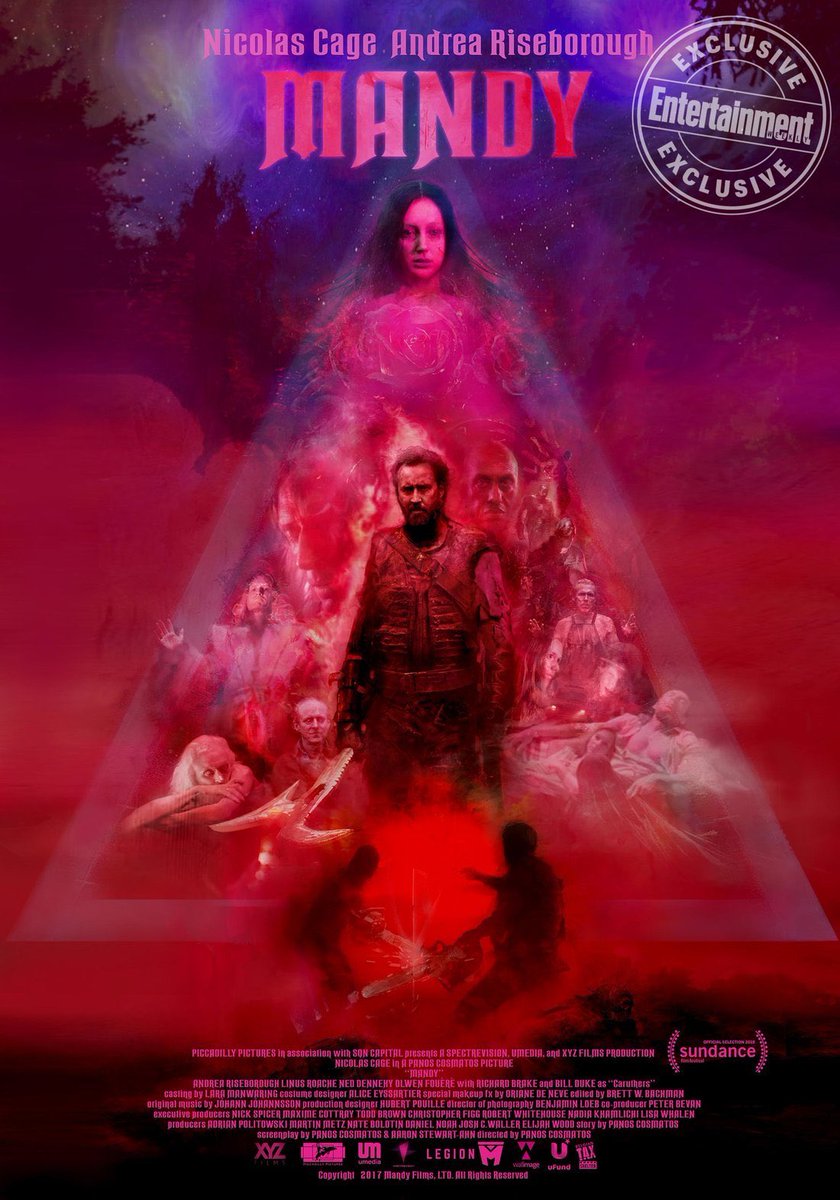