UPDATED: Above is the trailer.

PREVIOUSLY: Here are the first pictures for for The Irishman.

This movie is going to put Scorsese and Al Pacino together for the first time, but also reunite Robert De Niro with Pacino, Harvey Keitel and Joe Pesci. I mean, is this big fucking news or what? Joe Pesci coming back out of the wild to star with these guys in a Scorcese gangster pic?

The newly founded STX Studios picked up the rights to the movie, which will have a large budget.

This will be based on the Charles Brandt book I Heard You Paint Houses, which is the deathbed story from mob hitman Frank “The Irishman” Sheeran about the disappearance and death of the former Teamsters union boss Jimmy Hoffa. 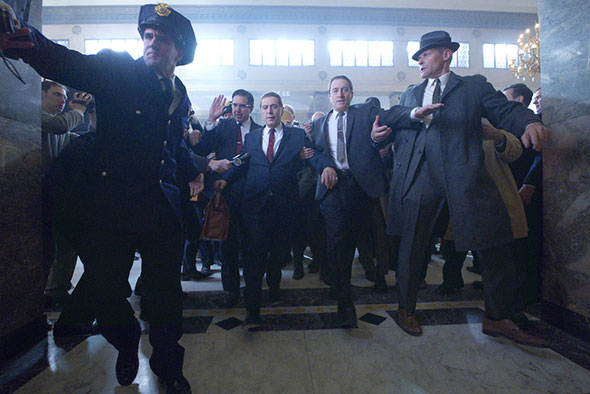