UPDATED: Scroll to the bottom to see this monster!

Somewhere last month TheDailyMail surpassed its final rival as the most read news website in the world.  And yesterday the villain for Scott Adkins’ upcoming Boyka: Undisputed IV was their headline. The baddie is 6’8 monster Martyn Ford.

‘I play Koshmar who’s nicknamed Nightmare, which has given me a lovely reputation! He’s a vile character – cannibal, rapist, murderer… a great role model,’ he joked.

Martyn says he couldn’t be further from his film character, perhaps more akin to the BFG, but of course he looks somewhat intimidating at first glance.  He said: ‘I tend to get a few looks. I get more people looking once I’ve walked past, rather than straight at me – I suppose because people are quite intimidated before they get to know my character.

You can read the full article here.  And shit, Scott is literally dwarfed by this man. 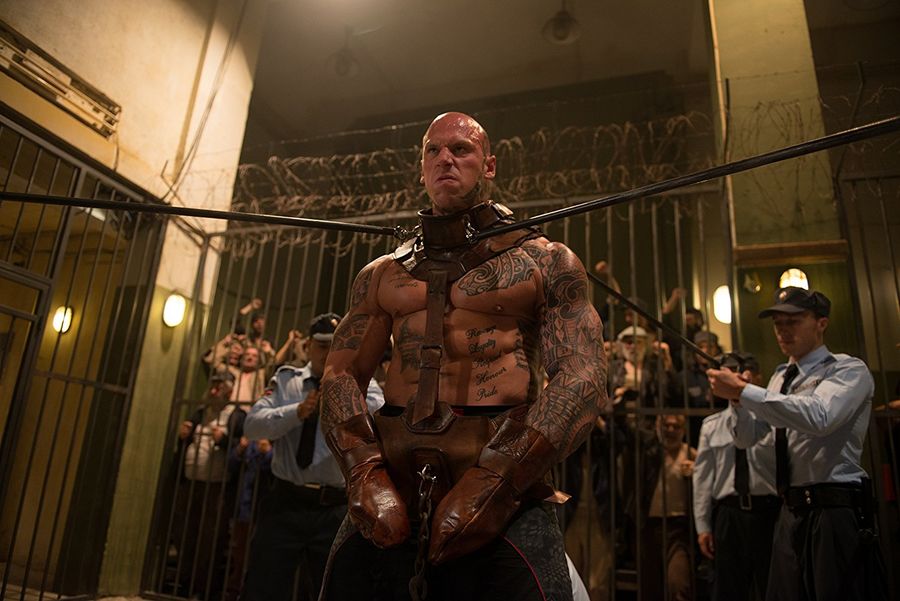