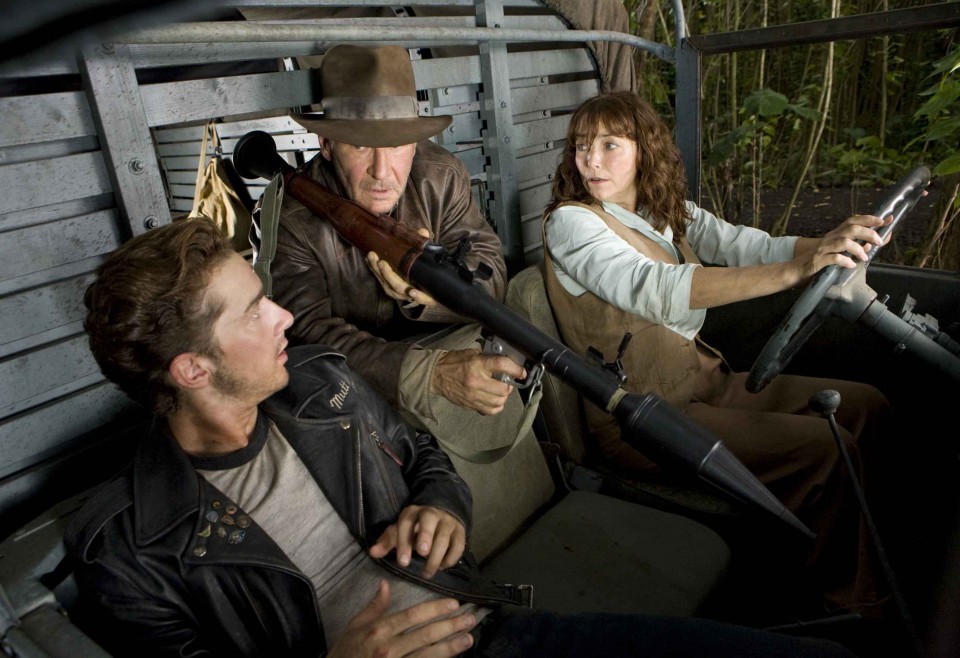 Spielberg has finished up on Ready Player One, which means that Jones 5 could be closer than expected.  There has been talk of Spielberg showing interest in having Chris Pratt appear in the film in some capacity.  One thing is for sure, Spielberg has his work cut out for him righting the unholy turd that was Indy 4.

In the above clip, Tom Cruise exhibits the exact opposite of Walter_B Syndrome by fucking up his ankle at a 60 degree angle, then continuing to film.  This is the kind of thing you have to respect Tom Cruise for.

Cruise was ordered to take nine weeks out of filming, but turned up seven weeks later, two weeks earlier than planned.  The sixth film deals with the ‘Fallout’ of the Mission team being dismantled.  Hopefully they continue on the anti-status quo theme and feed off growing populism.  Worked for Bourne.

Doctor Sleep is King’s 2013 novel follow-up to The Shining and follows a now forty-something Danny Torrance struggling with the same demons of anger and alcoholism that plagued his father.  The project is being turned into a film, now, Mike Flanagan is set to direct.

Danny sobers up and uses his gift to help the dying at a hospice, only to establish a psychic connection with a young girl who shares his extreme abilities and who is being targeted by a sinister group who wants to exploit them both.

Nicolas Cage has got yet another movie for you, coming down the pipe. The Humanity Bureau gets a trailer.

In the near future war, climate, and political agendas have robbed America of its lush resources. Seeds rarely grow into vegetation, the water is mostly polluted, and people are obligated to work hard to earn their keep. Noah Kross (Nicolas Cage) is an agent of the humanity bureau, a government agency that determines a person’s productivity, Kross’s reports are key factors in deciding who stay in America and who is deported to New Eden.

The reliable Kross is tripped up when he comes in contact with a woman farmer and her teenage son. He inexplicably delays sending in his report so the boy can perform at a musical recital the following day. This act of minor insubordination sends up major red flags back at the bureau and catches the attention of Kross’s higher ranking superiors. The action takes Kross, the woman and her son from the deserts of Nevada to the snow-capped mountain peaks of Canada.

It’s Cage… how can it suck?