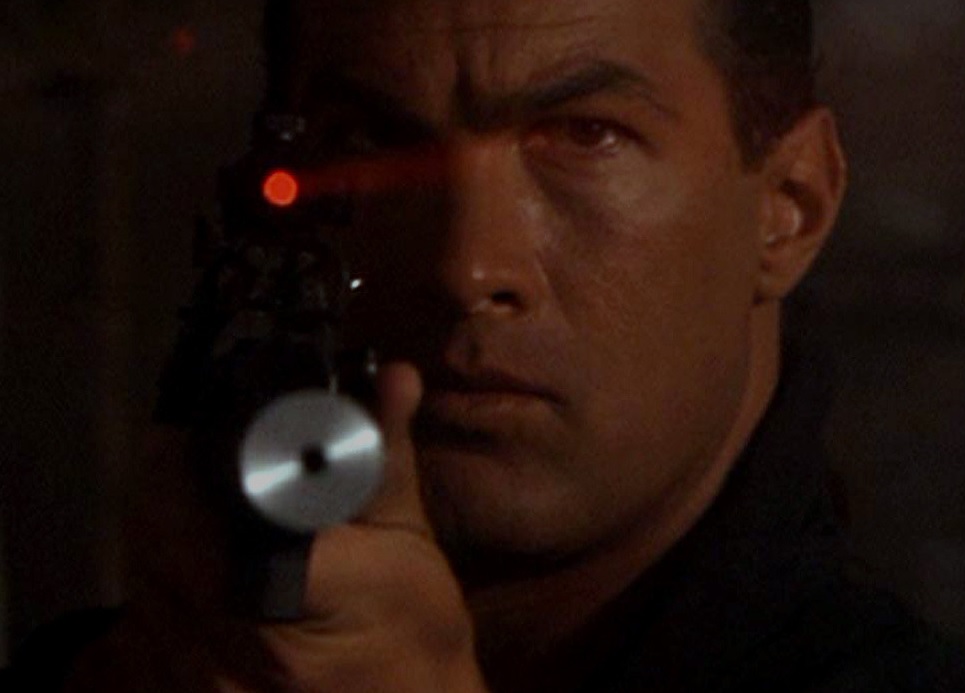 Not much seen of Steven Seagal lately.  Not in the west anyway.  No new movies, no social media presence (ManlyMovie has the privilege of being able to DM him).  A new article from Bloomberg says that Steven Seagal has left America and is now living in Russia.

The American government is after him!

For allegedly failing to declare payment for promoting a new crypto currency, the establishment says he owes them $300,000.  Seagal has paid them $75,000.  They said this wasn’t enough and ordered him to appear in court.  Seagal no-showed the court date in the USA. Will this descend to a Wesley Snipes-tier farce, with the government coming down on Seagal hard?  If they do, they’ll have to catch him first!

As for movies, all may not be dead.  He is currently in talks to produce at least one movie in South or Central America and is there right now.

Sensei Seagal has not had too many movies out of late.  He appears to be slowing down with churning out VOD movie after VOD movie, or any movies at all.  His last entry was officially released in 2019, the poorly received Beyond the Law (read John Matrix’s verdict here).

If the IMDb was to be believed, in 2022 another movie will arrive called The Tip of the Spear.  In that movie, Master Seagal would take on Cartel pissants – kind of like real life, eh?!

Some time ago Seagal said, “We’re right now trying to set up a movie called TIP OF THE SPEAR which is a .. cartel movie and with a little bit of luck you’ll see us filming that in the next couple of months”.  However according to Steven Seagal insider ‘Dida’, this movie is not going to happen:

I spoke with Waxman in February. He told me he spoke with Steven about new projects but nothing has come together yet. About Tip of the Spear he said ‘hopefully we’ll make it one day’.

A pity, because should it happen, it’ll be filmed in the United States and a bit more ‘premium’ than latter era Seagal movies.  Beyond this, there are no traces of Steven Seagal making any new movies.  He has also not been seen on Twitter since 2019.

Where he has been making waves though, is in the political sphere.  Sensei Seagal has joined Russian political party A Just Russia.  The entire western media is attacking Mr. Seagal for this move, simply because the party is Russian.

Seagal, who has ancestors hailing from Russia, has dual U.S./Russian citizenship, offered to him by manly man Vladimir Putin.  This also drew jeers from the lugenpresse of the west – bizarre – what if a different Hollywood actor attained dual citizenship in another country (it would be easy to pick one to highlight the hypocrisy), would he be so attacked?

The party Seagal has joined is a coalition of liberal movements, they’re not even conservative.  In addition, Seagal’s chief motivation in joining appears to be cracking down on businesses polluting the environment.  You’d think that the liberal west would give him their full support, don’t they love their climate bullshit? Is the message that you cannot be held in good graces, no matter what you do, as long as you’re Russian? What kind of extremist zealotry is that?

But Seagal has violated two cardinal rules.  One, he treats Russia like the moderate, sensible country that it is.  Second, Seagal and this party are pro Putin.  For these reasons, he will never make another theatrical Hollywood movie again.  Under Siege 3 is not happening, fellas. Forget fantasies of ‘one last rodeo’ with some big exec willing to give Seagal a second chance, in the same way something as old as Karate Kid was pulled off the shelf. In a sense, our Sensei has fallen on a grenade.

So, I think we can postulate that Steven Seagal’s movie career is on ice.  Is it over though?  Probably not. Hollywood is not the only show in town.

Related ItemsAll
← Previous Story ‘YOU THE ICE CREAM MAN’?
Next Story → THE SPIN OFF SHOULD HAVE BEEN ARNOLD’S…